Home > Shared Socialising > Questionnaire: Can You Force Your Flatmate Out? 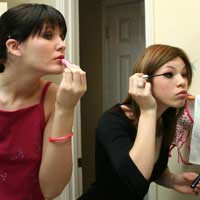 Your new flatmate might be your best friend when you first move in together, but over time you may find you are getting on each other’s nerves and the only solution is for one of you to move out.

This is the point where arguments often erupt as both parties lay claim to the property. There is however a number of legal guidelines in place which should help you decide who should be the one to pack their bags and move leave.

These few questions should help you decide whether or not you have a case for asking your flatmate to leave.

2, Reason For The Disagreement

3, Who Owns The Property

4, How Many Of You Live In The Property

5, How Long You Have Lived There

If You Answered Mostly As

Also if your flatmate owns the property or has been there a lot longer than you will find it hard to convince any letting agent to force them to move out.

If You Answered Mostly Bs

If you answered mostly B it could be that you have some rights involving asking your flatmate to move out. It may be worthwhile speaking to your letting agent or landlord to see if they will support you in asking your flatmate to leave. If you can prove in some way that they are damaging the property or that they have not been paying their rent on time, the estate agent might be sympathetic to your cause.

The same applies if there are more people in the flat that feel the same way as you. If you have lived together for more than a year it might also be that your contract has ended and you will not need to give much notice to end one of the tenancy agreements. If you explain to your flatmate the situation they may even want to leave. It gets tricky when you both own the property though and it is unlikely you will be able to force them out.

If You Answered Mostly Cs

Falling out with flatmates can be a tricky situation and in many cases the sooner they leave the better. If after answering the questions you don’t think you will be able to force your flatmates out then you should seek legal advice or sit down with your flatmate and hopefully come to an agreement. If you can’t stand living with them, the chances are they can’t stand living with you as well.