Home > Case Studies > Buying a Home With a Family Member: A Case Study

Buying a Home With a Family Member: A Case Study 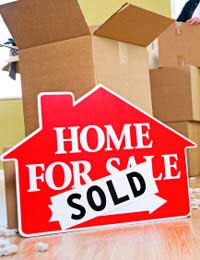 One of the most popular forms of joint mortgages is one where you can buy with a family member. It can be helpful to read the experiences of other people that are buying with their family.

Claire was 24 years old and had just moved to London, she was renting a property and paying £600 a month rent for a one bedroom flat. Claire earned £28,000 a year but knew this would not be enough to buy a flat on her own. She had thought about buying with a friend but did not think she knew any of her friends well enough to share a property with. She decided to ask her parents if they would buy with her so she would not be wasting her money on rent.

"My parents were 60 and had already paid off their mortgage, they were both retired and did not have a regular income coming in, so I wasn't sure if they would be able to help me," explains Claire.

They did have some savings so they decided to use these for the mortgage - because they did not have a regular income coming in it meant they could not take out a mortgage from the bank. Claire was able to borrow up to £100,000 and had a deposit of £5,000.

"My parents decided the most they could afford to put towards the mortgage was £60,000. Without my parent’s help I would not have been able to afford to move out of her rented flat. My parents had paid their share in cash which meant they were able to get a lower mortgage rate because their share counted as a deposit for the property," says Claire.

This meant that Claire's monthly payments were reduced substantially and she was only paying around £650 a month which was only slightly more than she had been paying in rent every month.

Claire Says: "Having to depend on your parents in order to buy a property is not an ideal situation, but it proved to be the only way I could get on the housing ladder. I looked at it as a temporary measure and knew it would not be forever."

Claire was contributing more towards the mortgage so her parents did not have an equal share. Claire found a new build flat that she wanted to buy that fit into her price range. Even though her parent’s contribution was coming from both of them it was her dad that put his name on the mortgage. They split all the costs involved in buying the property and split the legal expenses.

"While I was in the property I was responsible for paying all of the bills, such as the council tax and electricity bills. My parents had no involvement in the house, they came to visit her but they left it up to me to decide on the decor and designs of the house. They acted as silent partners in the deal," explains Claire.

Claire stayed in the house for about six years, she had bought the property for £165,000 and was able to sell it for £180,000. Claire had received a pay rise while at the property so she had decided to take advantage of this and start to save some money. She had saved around £5,000 so decided to give her parents this money. She was lucky and her parents did not ask to receive any of the profit from the sale of the flat. Her parents had decided they wanted their money to be seen more as a loan and were happy to not receive any return on their money.

Claire says: "If my parents had asked for a return on their money I would have been trapped paying them back the money for longer, but the good thing about lending money of your parents is that they don't see you as an investment."

Claire moved on and bought another property for £200,000, she was able to borrow more money because of her pay increase. Her parents still owned part of her property but Claire was slowly paying them back their £60,000 so she could be the sole owner, but without their help in the first instance she would not have been able to get her foot on the property ladder.